[Video] DTMD - A Loan For The Lonely 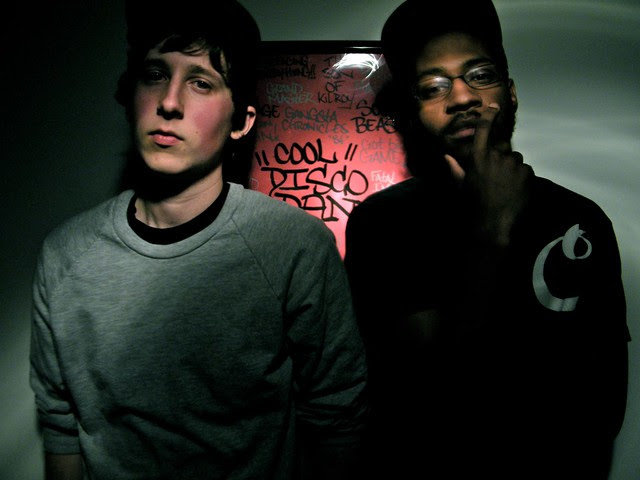 DTMD - A Loan For The Lonely from dunc & toine makin' dollas on Vimeo.

Email ThisBlogThis!Share to TwitterShare to FacebookShare to Pinterest
Labels: DTMD

Keith Olbermann - There Is No Ground Zero Mosque

This man is speaking some of the truest words I've ever heard. If you are at all in the dark on the current "Tea Party" movement, their propaganda/agenda and the the truth behind the matter, I beg you, please take the time to watch this.
It's a shame, Antoine Dodson has over 5 million views and this only has 9 hundred thousand.

DJ Roddy Rod In The Studio 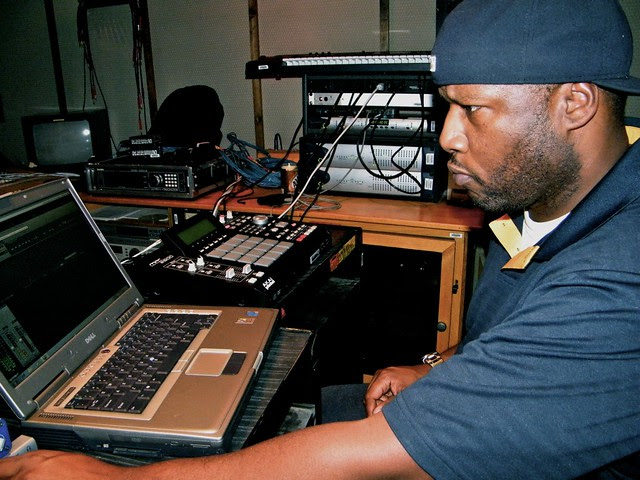 My Low Budget Brother, DJ Roddy Rod & I were hanging out at Omega studio's in Rockville, Maryland earlier today. For those of you not familiar with Roddy Rod he's nothing less than amazing. The man builds his own computers, make's ill beats, DJ's, MC's and there was a point in time where he even monitored satellites! Here's a little video I shot of Rod messing around on the MPC 2500 along with Additive Drums & Jay-Bass.

From Vote To Hope To Hate 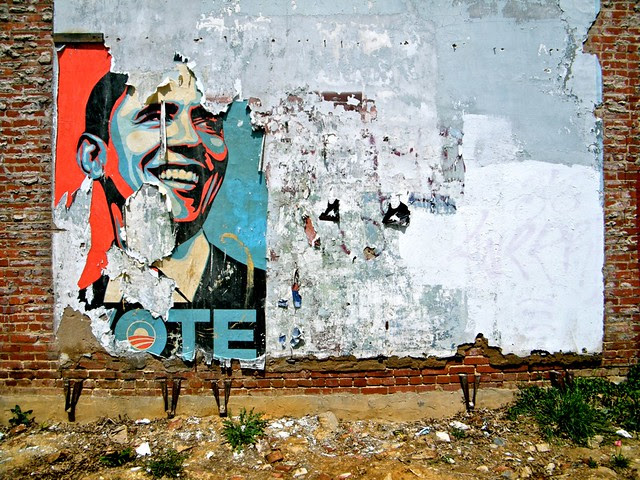 This is a photo I took of an Obama poster on Georgia avenue in Washington, DC some time ago. Notice it says vote & not hope. This poster has been here since before our president was elected. I"ve driven passed it often over the years and I can't help but notice it's gradual decay. For every inch of this poster torn down by time and the elements, America reveals it's true self. The TEA PARTY is in town for a march and speech at the Lincoln memorial. The same place Martin Luther King spoke, at the same time. This week marks the anniversary of his famous I have a dream speech. I drove past this poster today and President Obama's face isn't even noticeable anymore. Left me with allot on my mind about the social & racial state of the country.

Please have a look at the TEA PARTIES followers & messages---> TEA PARTY
Posted by ODDISEE at Saturday, August 28, 2010 1 comment: 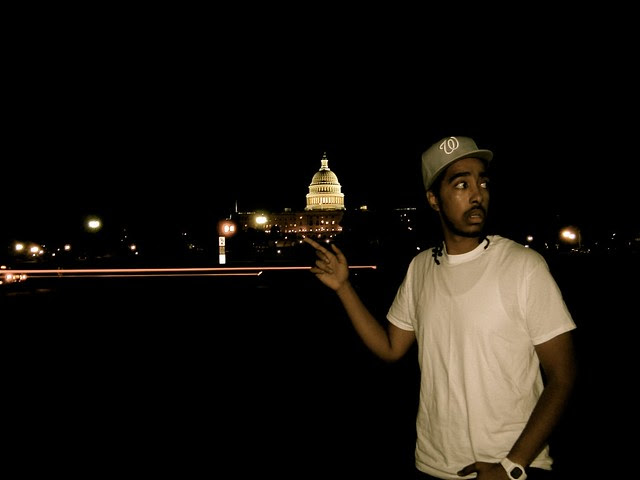 Shout out to Fiona Bloom for allowing me to join the Efficacy club! Here's a little Q & A time in the dinning room son! You can check it out at Thisisrealmusic.com
Posted by ODDISEE at Wednesday, August 25, 2010 No comments:

To Clear My Head Every once in a while, my creative juice for music runs dry. I've learned that the creativity is still there, it just needs to flow down another channel. That auxiliary channel for me is photography. Photography has become something I like to do simply for the sake of doing it. After a few hours of shooting, I'm always ready to make music again. Works for me, maybe it will work for you. 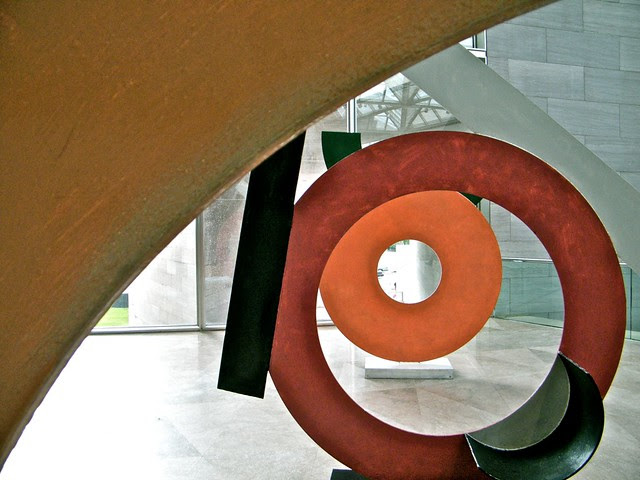 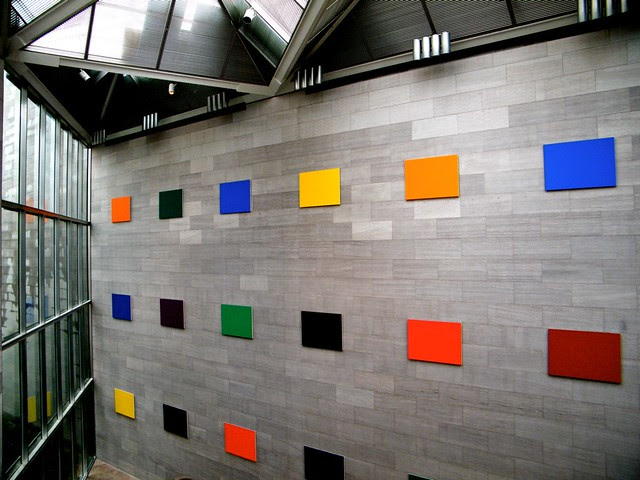 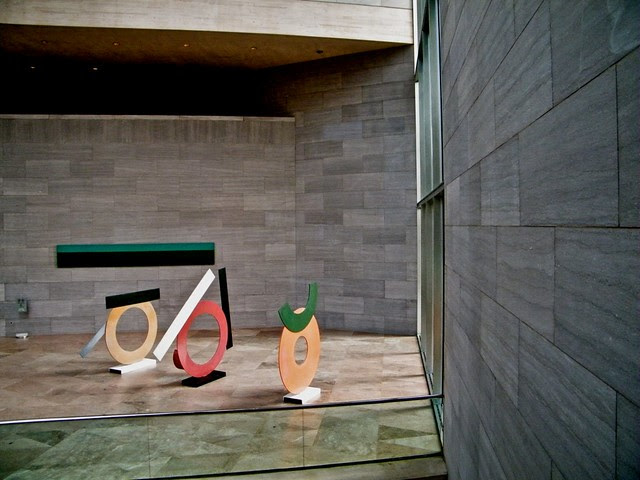 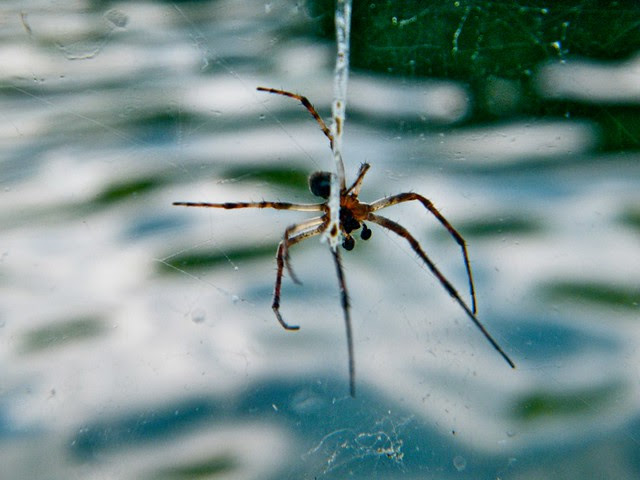 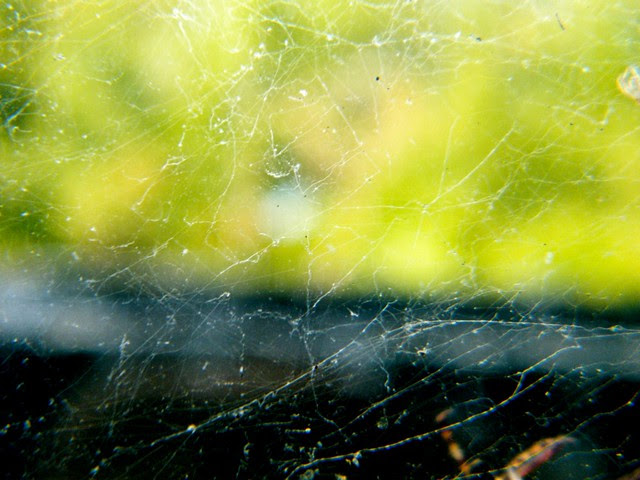 Video: Shad "Yaa I Get It" [Oddisee Remix]


I remixed this track for Canadian MC, "Shad K". My remix has now been put over top of the original video. More on Shad, Our collaboration and a link to download the remix below. 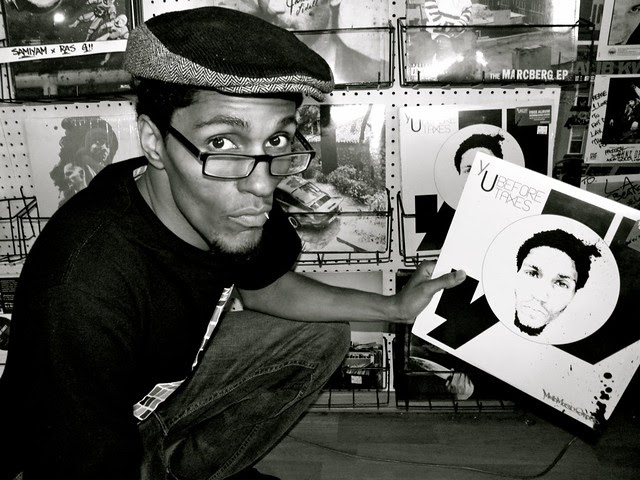 As you may or may not know, Fat Beats LA & Fat Beats NY closed their doors today. I'm not going to waste time listing the reasons for their closure. Times are changing and the formats in which we receive & listen to music are as well. What will stay the same is this, the importance of a venue that allows artists & fans alike to meet. Fat Beats was more than just a record store to me, it was a place where music came to life. Getting my art work approved before manufacturing meant the record was coming out. Seeing a .jpg of my album on iTunes & blogs meant it was available. Seeing my record on the shelf of a Fat Beats store with my name written in magic marker on a white sheet of paper meant it was real.
Coming out for the numerous in stores to perform, meet fans, answer questions and network meant the album reached people, people in the real world. Can we create a place in today's world where artist can congregate, fans come to hear new Hip Hop coupled with an intimate performance that give us more incentive to support the music we love? I think so and I intend to focus on that. Hip Hop is alive & well, respect the past, now lets embrace the future.

Here's a few photographs I took in Fat Beats LA & NY. Some videos as well. Thank you Fat Beats 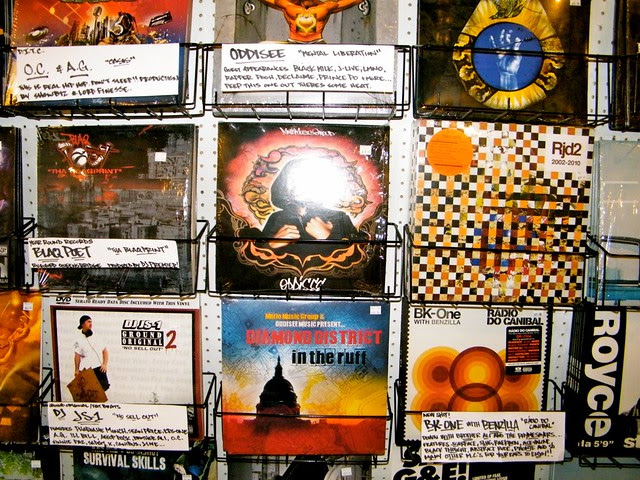 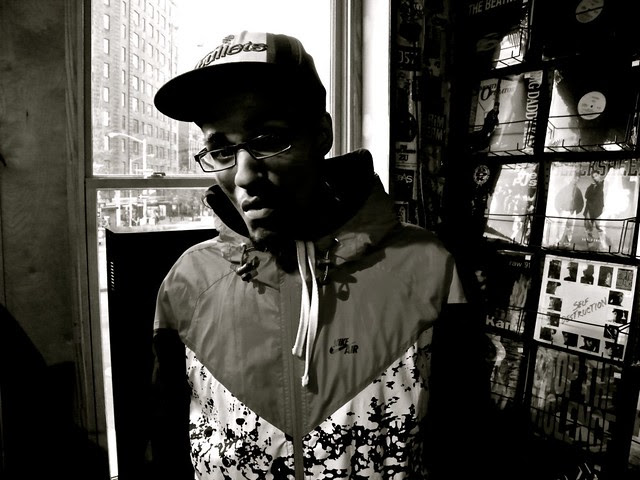 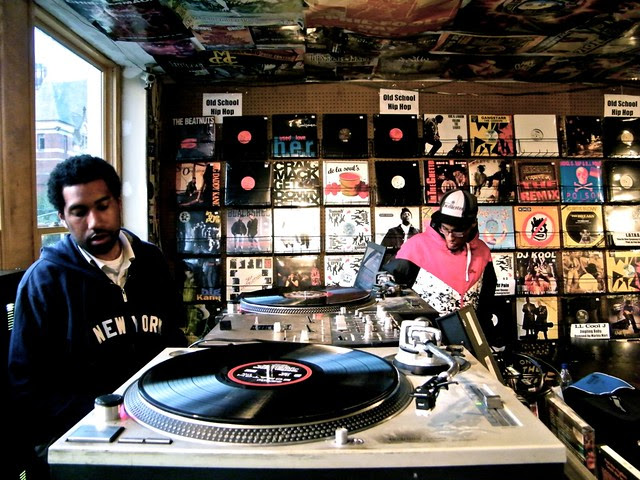 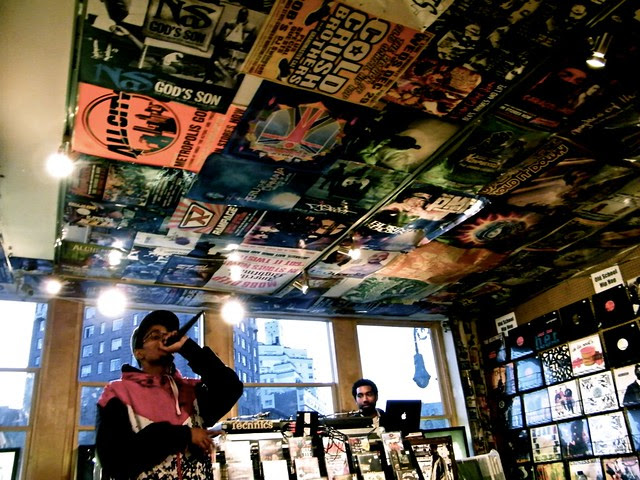 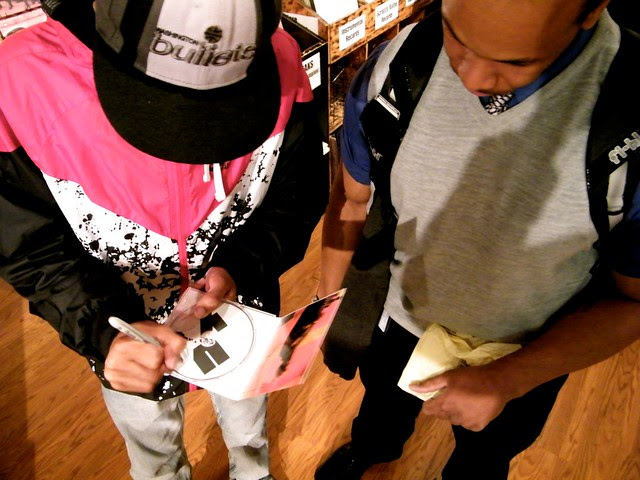 "Yaa I Get It" Oddisee Remix

While on a beach in Petrcane, Croatia I received an email from Decon records. (Yes I was still checking my email) They hit me up on behalf of Canadian super MC, Shad K. His album "TSOL" is making it's American debut and they thought a remix by moi would be a great addition. Of course the remix had to be done in two days. I did two versions, they picked the second one, I sent the session and went back to the beach. All in a days work!
A little more on Shad, our collaboration and a link to my remix on Okayplayer.com below.

Back in April, Canadian emcee, Shad, dropped the hard hitting first video off his upcoming LP, TSOL. The video was for "Yaa I Get It," a song which immediately grabs your attention with a serious head-nod inducing bassline. Today, we get a new take on the song with the premiere of the Oddisee remix. With the toned down and more relaxed beat you can really focus on Shad's witty wordplay. "So many sold their souls, my sole ambition is to hold solid, soul calm and bright as the solar system." TSOL will be dropping stateside via Black Box/Decon on October 5th. You can catch Shad on tour with k-os in October - check after the jump for the dates.

Email ThisBlogThis!Share to TwitterShare to FacebookShare to Pinterest
Labels: Remixes

Trek Lifes "Everything Changed Nothing" Out Now 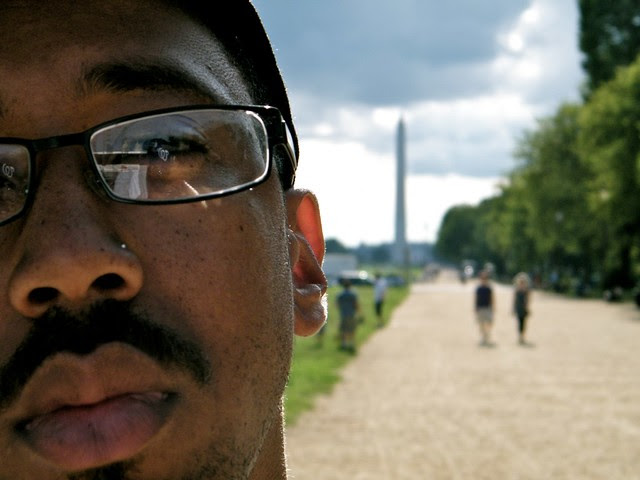 Trek Life's new album "Everything Changed Nothing" is officially out. Please give it a listen & if the spirit moves you, make a purchase!

West Coast Dates
I'm heading to LA from August 12th to the 17th
You can catch Trek Life & myself at these upcoming events! Everything Changed Nothing along with Trek Life's past products will be available at all shows.
08/12 - Chief Rocka in San Diego (Map) (info)08/13 - Fat Beats LA (Map) (info)08/14 - Acrylick Instore (Map) (info)

Take A Look It's In A Book

Truer words have never been spoken 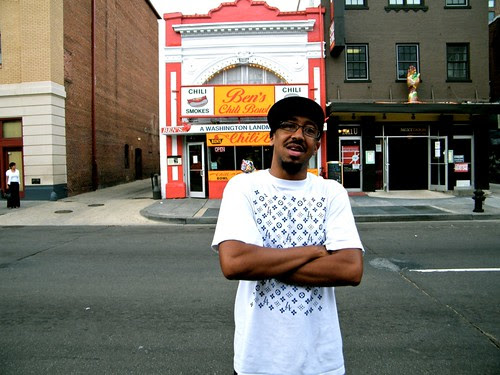 Last weekend Trek Life made his first visit to Washington DC. He came out for his release party and guest appearance at the Diamond District show. I think it's safe to say he had a great time! 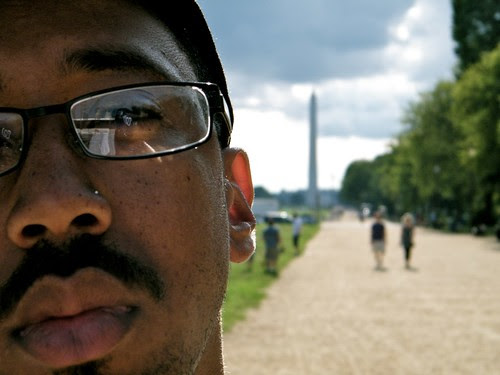 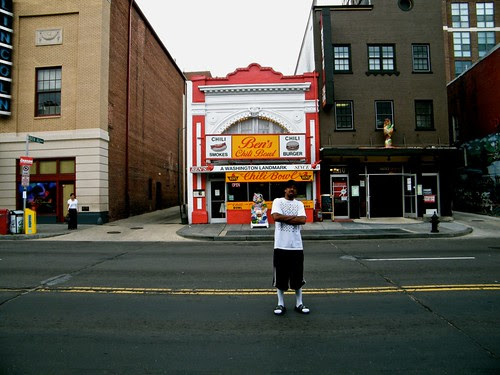 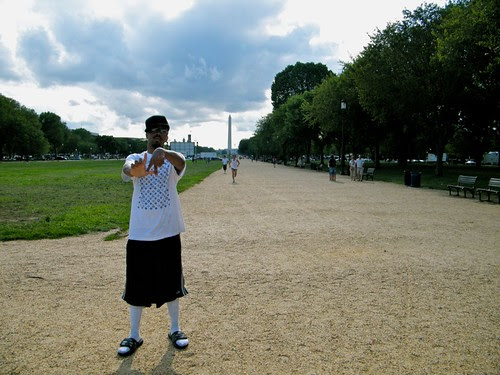 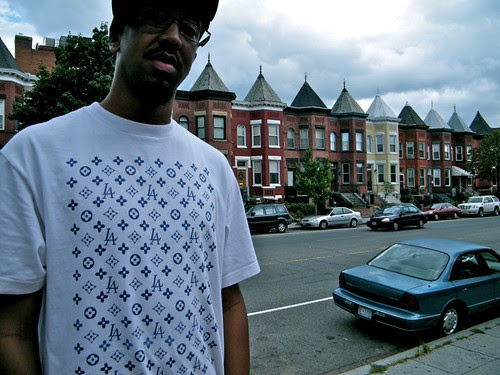 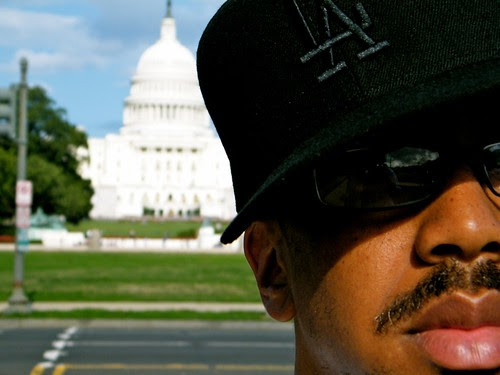 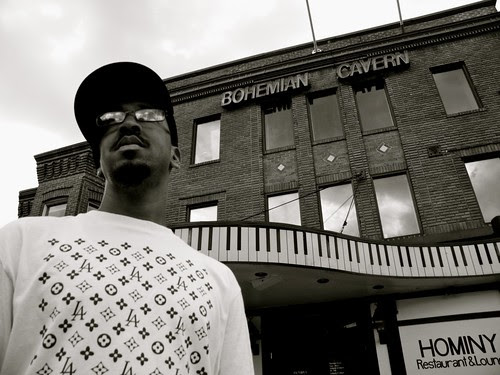 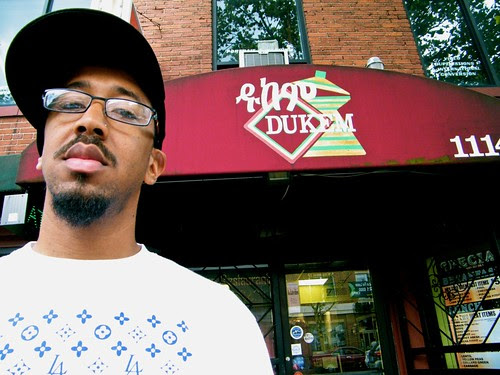 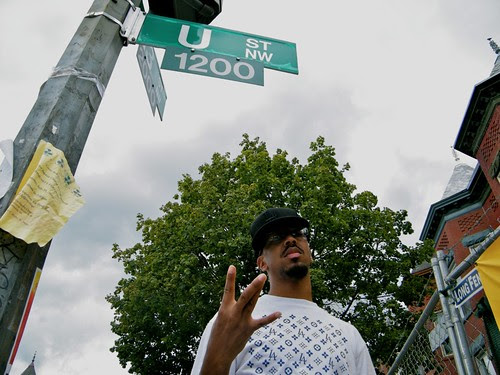 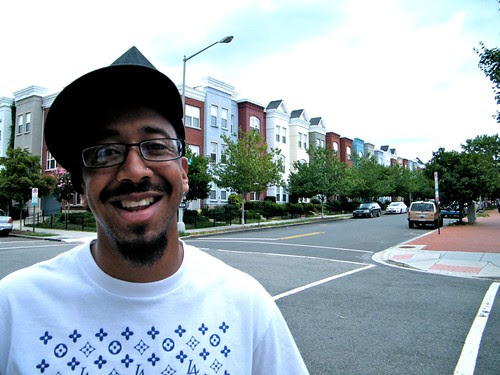 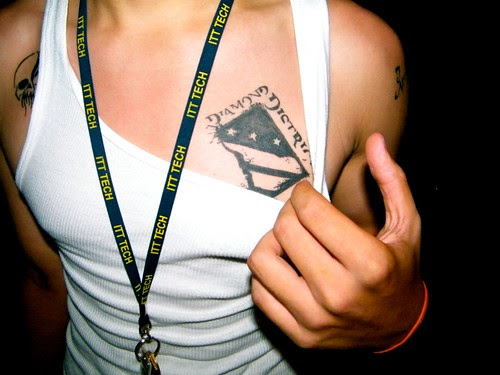